How to Define Homesteading: More than One Definition?

What does homesteading mean to you? To many, the term evokes thoughts of self-sufficiency and sustainable living; but what that looks like has evolved over time. For some, the term evokes images freedom and flexibility while for others it illuminates struggles and pain. The definition of homesteading is constantly evolving, and can mean different things to different people. It is also not without it’s controversies. In this blog post, I explore the history and meaning of homesteading, and discuss how our understanding of the term influences what it means to be a “homesteader” today.

What are the historical roots of homesteading?

Historically, homesteaders were people who were granted public land in the western United States during the late 19th century in exchange for a small filing fee. They were often families who homesteaded together, and their goal was to create a self-sufficient homestead that would be their permanent home. The Homestead Act of 1862 offered free land to homesteaders in the American West. In order to qualify, homesteaders had to build a home on the land and cultivate it for five years. Passed by President Abraham Lincoln, the act was seen as an opening of opportunity for many who otherwise would not have land to farm.

The Homestead act was not without controversy, however. There were those who took advantage of the process for speculation or filed false claims. In addition, homesteading was said to give access to “public land” to the broader population, including freed slaves. However, the historic examination has questioned the extent to which lands were given widely and equally, or mostly to those who already had resources and wealth. In addition, it has rightly been noted that the land given to homesteaders to become private property likely displaced indigenous communities who had been living on the very same land. The question of whether homesteading actually perpetuated differences in wealth rather than creating equity of access is a valid question.

Thus, the historical roots of homesteading can be seen through the lens of both tough pioneering Americans who made their way through self-reliance and grit; and a controversial historical story of the power and politics of land ownership.

We believe it is important to acknowledge this complicated history and ask questions about how it influences our modern-day understanding of “homesteading.” I’ll be honest, there are days when I feel uncomfortable or doubtful about using the term to describe our lifestyle and I think it is my responsibility to lean into this discomfort and examine it, as we explored in this letter to our readers or as Anna from The House & Homestead explored here.

How has the definition of homesteading evolved over time?

In the 1970’s, “living off the land” became a popular movement, and homesteading began to be seen as a way to break away from the societal norms of consumerism. In this context, homesteading was about more than just growing your own food or becoming self-reliant; it was also about creating community, connecting with nature, and rejecting the values of capitalism. Folks who were likely to be called “hippies” started using the term just as much as those who followed a more traditional conservative farming lifestyle.

Over the last 20 years or so, homesteading has also become a topic in the world of environmentalists. While homesteading used to be mainly focused on living off the land (for either “traditional” or “hippie” reasons), many homesteaders now also focus on creating an environmentally sustainable lifestyle. This might include using solar energy, composting, growing organic vegetables, or any number of other sustainable practices. Self-reliance and the local food movement (aimed at avoiding the energy use that mass transit of food requires) have found a synergy in the homesteading movement.

What does it mean to be a homesteader today?

The definition of homesteading is constantly evolving and there is no one-size-fits-all answer. For some people, homesteading might mean simply growing their own vegetables and raising their own livestock. For others, it might be more about creating an environmentally sustainable lifestyle. And for still others, homesteading might be about community building and rejecting the values of capitalism or of popular culture.

The extent to which homesteading equates to total self-reliance is also up for interpretation. Some homesteaders might strive for a 100% self-reliant lifestyle (hence the “off-grid” movement), while others may be content with a lifestyle that relies more on community and the local economy. “Preppers” who homestead as a way to prepare for potential disasters might have a different definition of homesteading than those who see it as a way to connect with nature.

What is clear, however, is that homesteading is about more than just growing your own food or being self-reliant. It’s about creating a lifestyle that feels meaningful and important to the person or family who is living that life, which means that there is room within the movement for many definitions and perspectives.

Personally, I see homesteading as a spectrum – from fully self-reliant to fully integrated into the society and the economy, and everywhere in between. I think there is likely a bond around “old-fashioned living” but our reasons for living that way are vast and diverse as are the ways in which we implement that lifestyle. What holds us together as a “homesteading community,” I hope, can and should be the desire to understand what we have in common.

Want to read other folks’ definitions of homesteading?

I love reading what other folks have to say about the definition of homesteading, and I welcome differences in perspective.

Here are a couple of other articles you might find interesting on this topic:

Does this Homesteading Thing Really Matter? from The Prarie Homestead

Living off the Land: The New Sisterhood of Black Female Homesteaders from The Guardian

What is Homesteading? from An Off-Grid Life

So…what does homesteading mean to you? Let’s talk about it…

Blogger & Homesteader at The Happy Hive
Carrie Williams Howe is an educational leader by day and an aspiring homesteader by night and weekend. She lives on a small homestead in Vermont with her husband, two children, and a rambunctious border collie. She is a Founder and Editor of Homestead How-To and also blogs about her family's homestead life at The Happy Hive.
Author: Carrie Williams Howe
Filed Under: Blog, Learning
How to Substitute Maple Syrup for Sugar in Baking
How to Mulch your Vegetable Garden 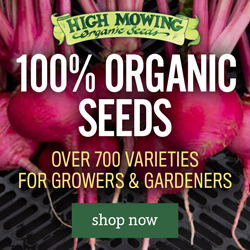